Less than a week!!!!  All still looks like a go.  I think I'll increase the odds of the trip happening to 70%.  I want to be cautious.  As I said before it's not 100% until I pull out of the driveway.  Perhaps I need to get three states away before it will really be real.  Although it may feel like an eternity just trying to get through the very wide state of Pennsylvania on the first day.  Now is the time when it feels like there are not enough hours in the day to get everything done.  I anticipated this.

We have also moved into last stage panic shopping!  The money is flying everywhere.  The new Sena communicators we wanted have been delayed to June so just yesterday we set up our new Sena SMH10 Communicators.  No one would answer the phone when I called from my helmet.  I finally had to call a work person from my helmet just to try it out.  It is superb.  "Siri, play my play list called Riding."  Yes, yesterday I set up a play list called Riding.  After I spent $24.99 to send my entire iTunes playlist into the cloud. "Siri, call Mom." Voicemail. "Siri text Mom."  "Why aren't you answering my call? I'm trying to call you from my helmet."  I certainly see the appeal of these.

Portable solar charger, because you never know when you may wind up in the desert with cell service but limited battery life, right? An extra fuel bottle to carry our camp stove fuel.  Practical (obviously a Steve purchase).  A couple more wicking shirts, so now I own 6 even though I'm only supposed to be bringing three.  Rush order of HVMP T-shirts now that we have our awesome logo thanks to Kendra from COG.  Check out the wonderful banner design Kendra did for us.  We won't see the actual banner until we get to Johnson City, TN but I really like the artwork.
Just this morning I woke up to an e-mail from Amazon from midnight last night (I was already asleep) that apparently I ordered 2 Klymit Inertia X Frame Camping mattress in chartreuse yellow/green.  I have a feeling Steve is concerned our sleep pads are too big, and they probably are.  I wonder if it was the chartreuse that sold him on these specific ones.  I'm not even sure I could identify that that color.
Finally, at the urging of my 7 year old nephew we got my Mom an i-Phone for Mother's Day.  So not really for me but still kind of for me.  Facetime from the Grand Canyon!  Heck yes!  She's been talking about it for a while and it will be nice for her to see my Spot locator tracking & check-in e-mails on her phone rather than having to sit down at the computer.  Facetime is nice.  That is really why my nephew wants her to have it.  He wants to Facetime Grandma.

Last weekend was all about bike maintenance.  We changed the oil, put a new battery in the Versys, cleaned and lubed the chains.  We both put new pro grip grips on and I gave myself a snazzy new pair of shiny black extra heavy HVMP bar ends.  I had the stainless heavy before.  I'm trying these out for the trip.
﻿


We also took a ride to test out the Spot Locator.  I had to meet a potential customer so I stuck the spot in my pocket.  When we arrived I took off my jacket and I think the lack of motion made it stop tracking.  I recall checking it before we left and I thought the tracker button was blinking, but it did not seem to record. 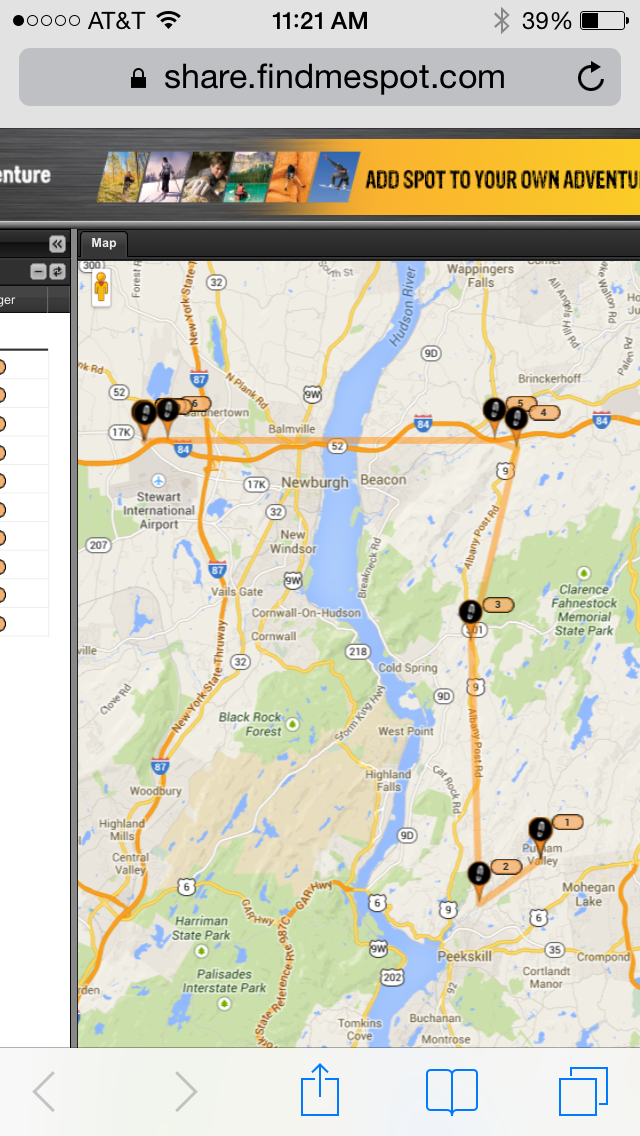 I thought I would include some pictures from our 2005 Nova Scotia trip.  Back then I was riding the Ninja 500 with soft bags and Steve had the Concours.  I would definitely put that on my "to do again" list.  Although these days I don't think there is any boat transportation out of Maine into Yarmoth..

One of my favorite riding days ever was in Nova Scotia.  It was somewhere heading north out of Halifax on our way to the Cabot Trail.  There were no other vehicles and all I could smell was Christmas trees.  It was a very peaceful day. 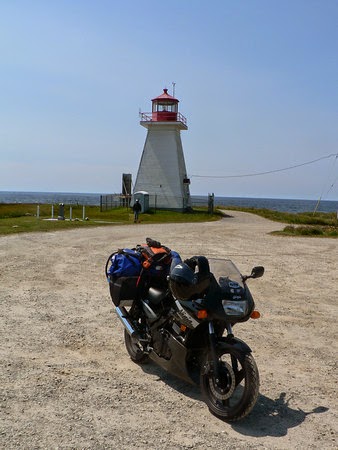 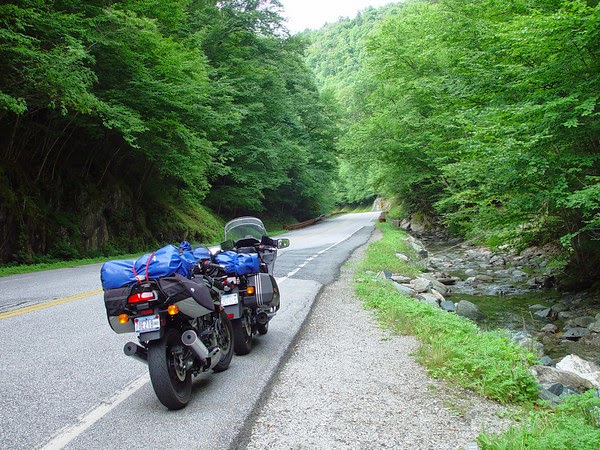 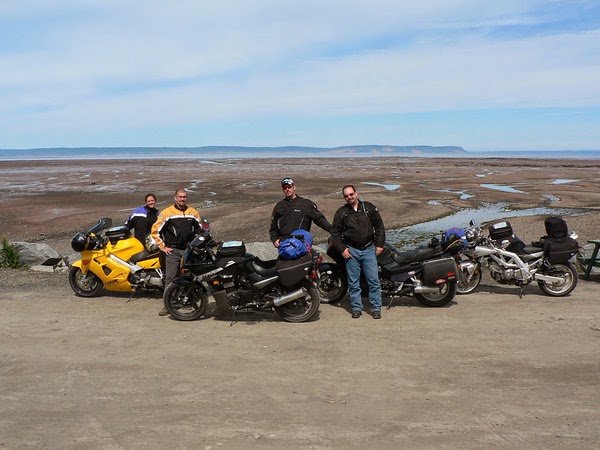