As the trip progresses the happier I am that I am doing this blog.  Although it is often written at 6am after I tend to anything that has to be dealt with for HVMP (printing shipping labels remotely for my substitute packer) or my other day job, I think in the long run it will help me remember the trip.  I tend to be a forgetful type.  Names, faces I forget it all.  I once said "nice to meet you" to someone I had previously had a lunch meeting with.  When she mentioned what we ate I remember the food but not her or the meeting.  That is why I have taken to using the term "nice to see you" when meeting people I may have already met.

If I try to go back through the past ten days in my head and remember where we slept each night a few are fuzzy.  I remember night one because of the scary dirt road to get to the motel.  I remember Sioux City because of the shady characters, there was a motel 6 but I don't know where.  You get my point.  By forcing myself to crank out a few pics and paragraphs each day, I think I will get a lot out of it in the long run as the days are starting to jumble together.

So yesterday we did around 470 miles (I think).  Since we had headed a bit north to go to Sun Valley we did not have a lot of options for the morning since there are not a lot of roads.  It was either head back the way we came and take the short route towards the coast or head north then come back south and west.

I can't even remember all of the scenic byways and national forest we were in but let me refer to the map to remember.  We continued on 75 north through the Sawtooth National Forest and scenic byway. Was that cold!!  I had to change into my winter gloves and add a windproof layer.  Luckily the Smiley Creek Lodge had some yummy coffee for me and hot chocolate for Steve.  And they take mastercharge! 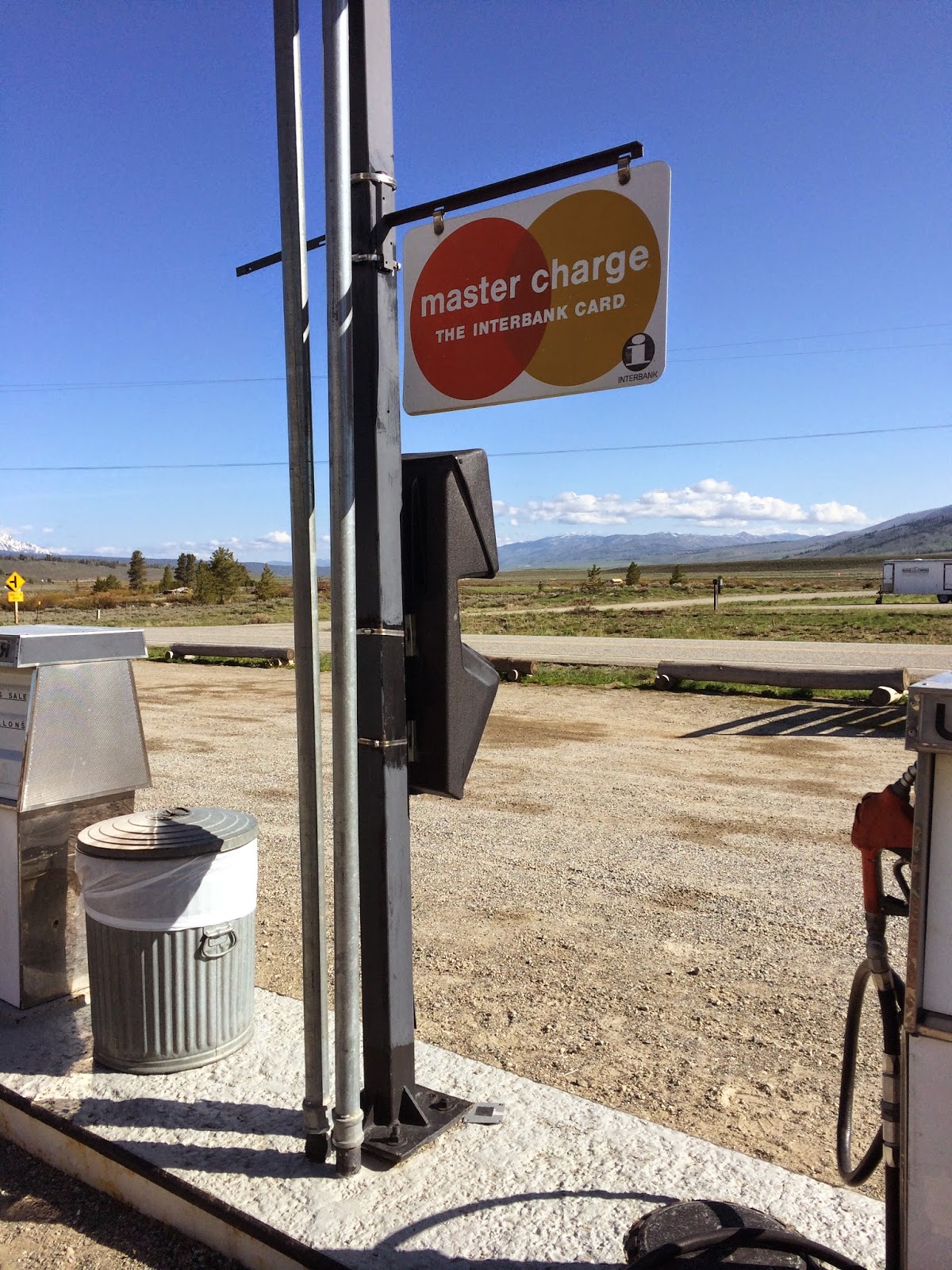 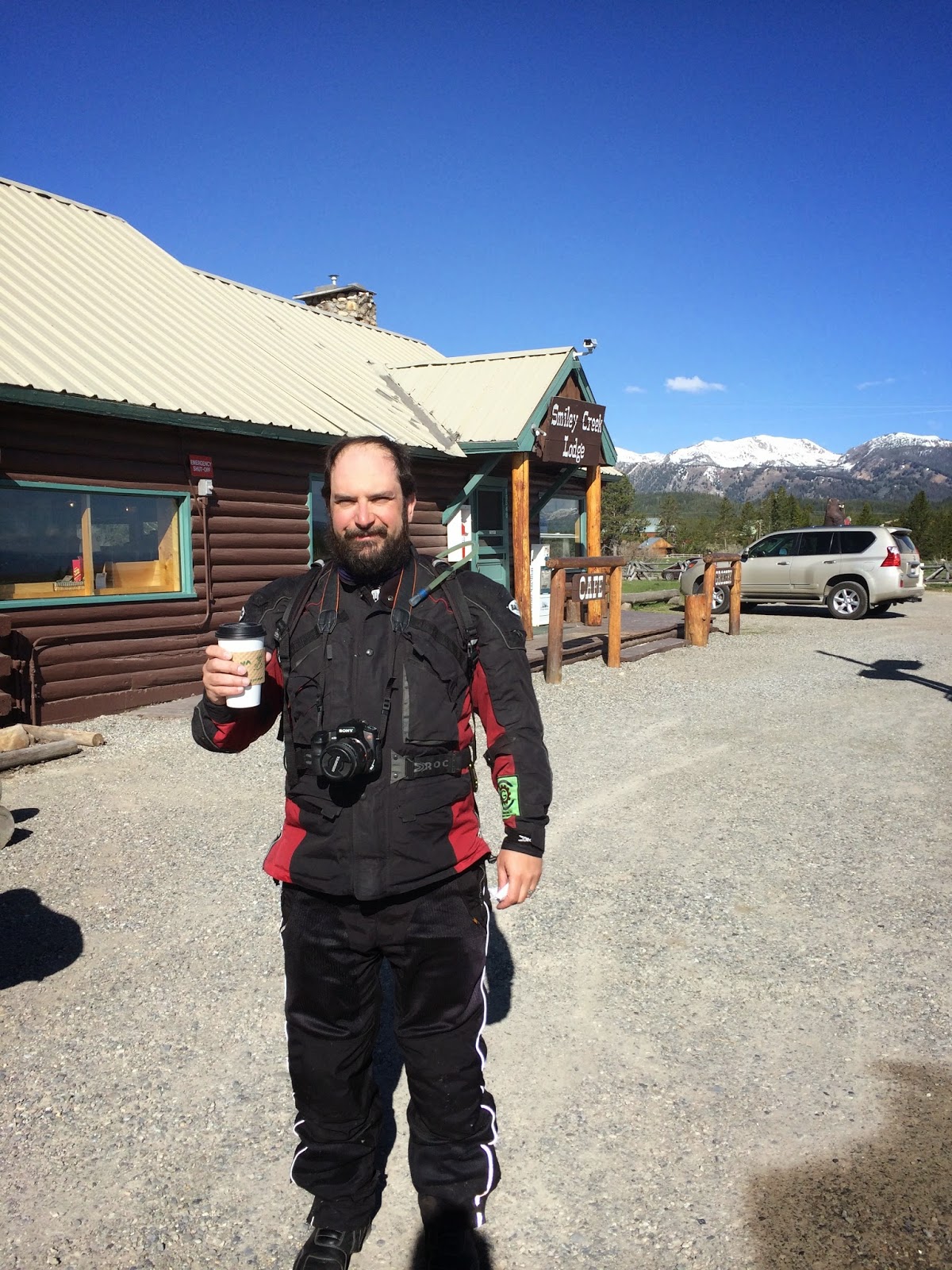 Then we took the Ponderosa Scenic route (aka rte 21) through the Boise National Forest.  Then we went on 55 along the Payette River (georgeous) and we were in Wallowa-Whitman national forest.  Travelling along the Payette river was fun.  There were a lot of rafters and kayakers out. I can't even imagine how cold it was.

We stop for a snack and gas somewhere in Idaho and met Chip and Queenie.  They were super cute and friendly and I got permission to pet them,  Chip, although smaller is the boss.  Queenie might be the sweetest thing ever.  The dogs owners told us that as nice as Idaho is that we will like Oregon even better.  That's promising.  We spoke to a couple of people about what we were thinking with regard to our Oregon, northern Cali route and I think we are on the right path! 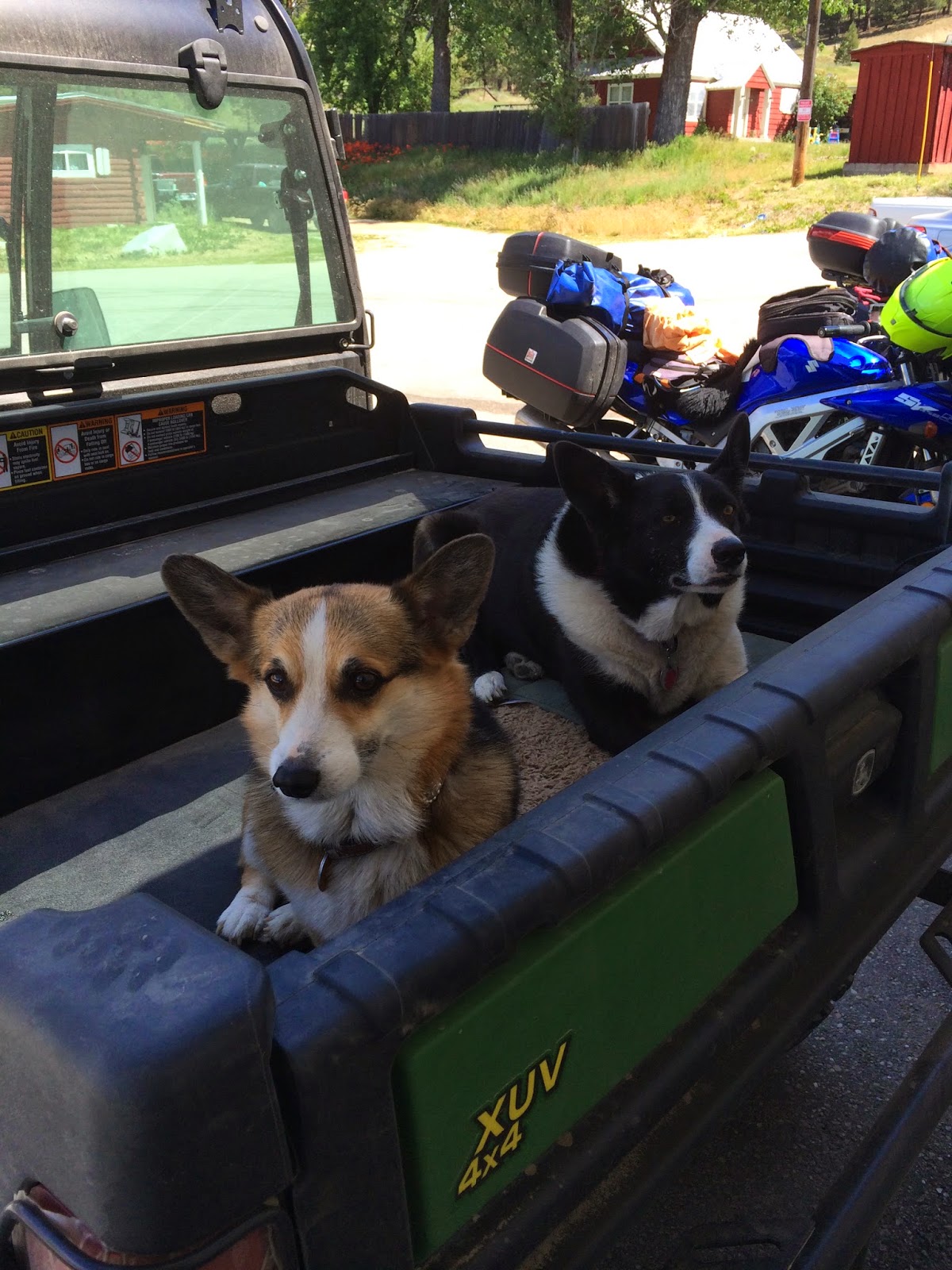 We finally ate lunch at around 3:30 at the Black Canyon café.  We felt like we were really in the middle of nowhere.  Being the NYer that I am I assumed a chicken sandwich was a grilled chicken sandwich but after subsiding on peanuts, an apple, coffee and M&M's all day my pressed chicken patty was the best ever.

The highlight of the day was the John Day Fossil Beds National Monument.  We were riding along and essentially the mountain opened up and we followed the canyon through it.  We had no idea it was there.  We just happened up on.  The Idahoians (is that what they are called) were right, Oregon is stunning.

The day went a bit longer than we thought it would given the lack of lodging along the way.  Eventually we happened upon Prineville around 7PM PST.  As we were riding I thought "It's getting late, I bet my Mom is tracking us with Spot"- Sure enough as soon as I called her she said "Are you in Prineville?" - She even knew there was lodging there.
I also have to give props to my AT&T wifi hot spot.  While most motels tout wifi, generally the signals are crap.  More often than not I have had to use the wifi hot spot.  I have now also had to purchase an extra 5GB of data until my new billing month kicks in in 3 days, but it's been very useful for work and blogging.

Here are some other random shots for the day.  I think I really need to try to blog as I go throughout the day.  I think of so many things to say while riding, but then blank out when I type.  Here are a few more shots from today.

LUNCH BY THE PACIFIC TODAY!!!! 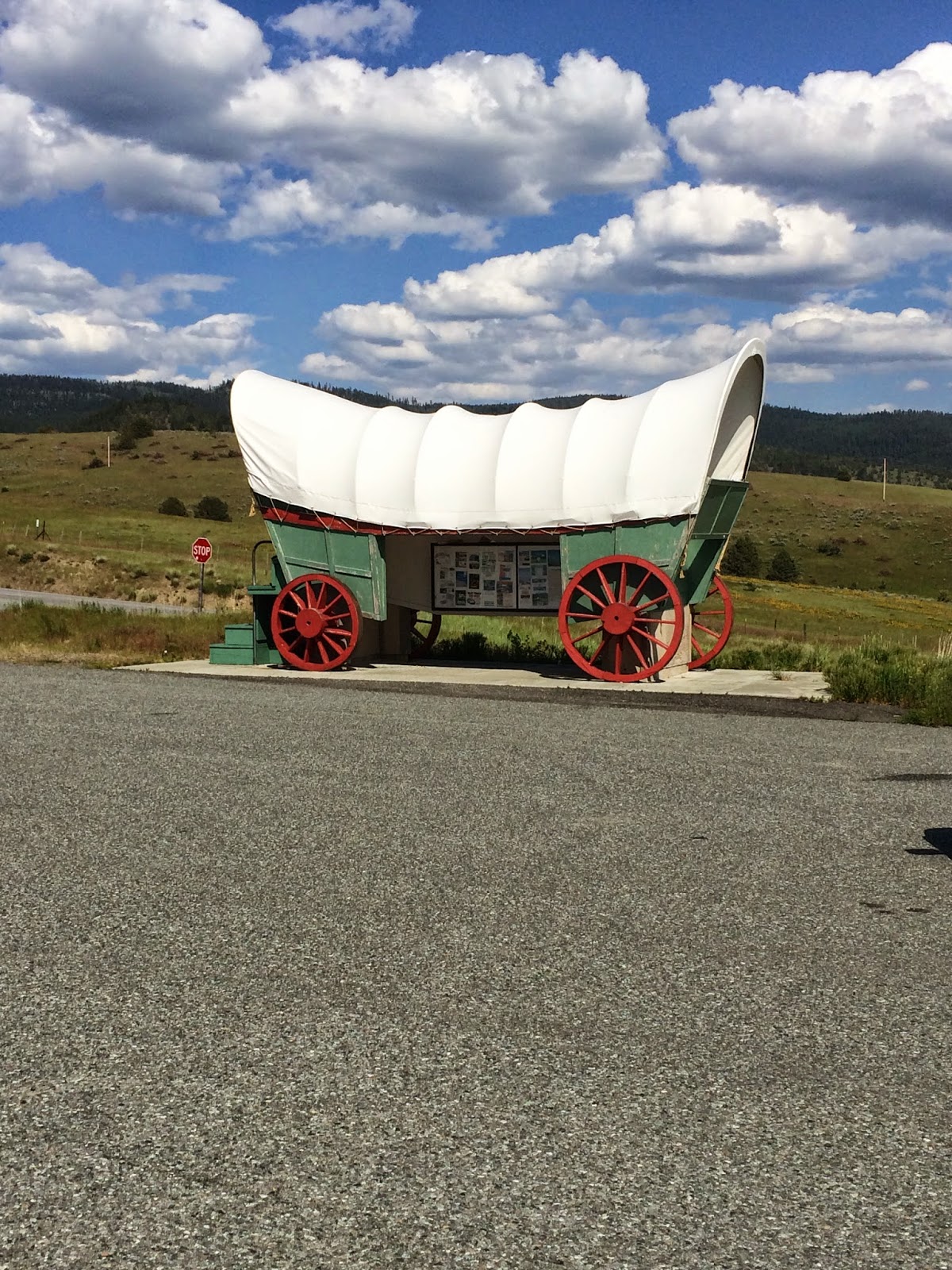 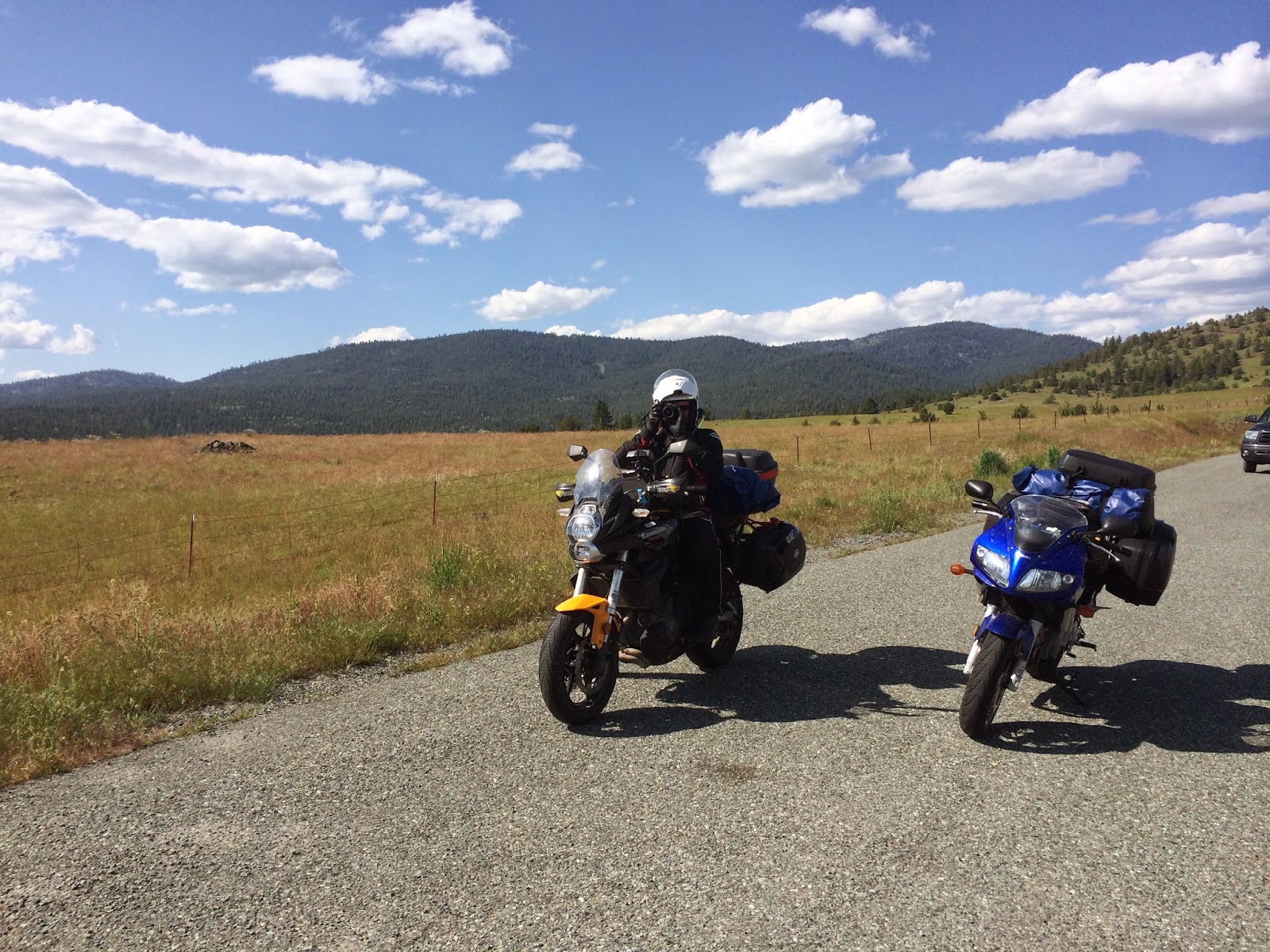 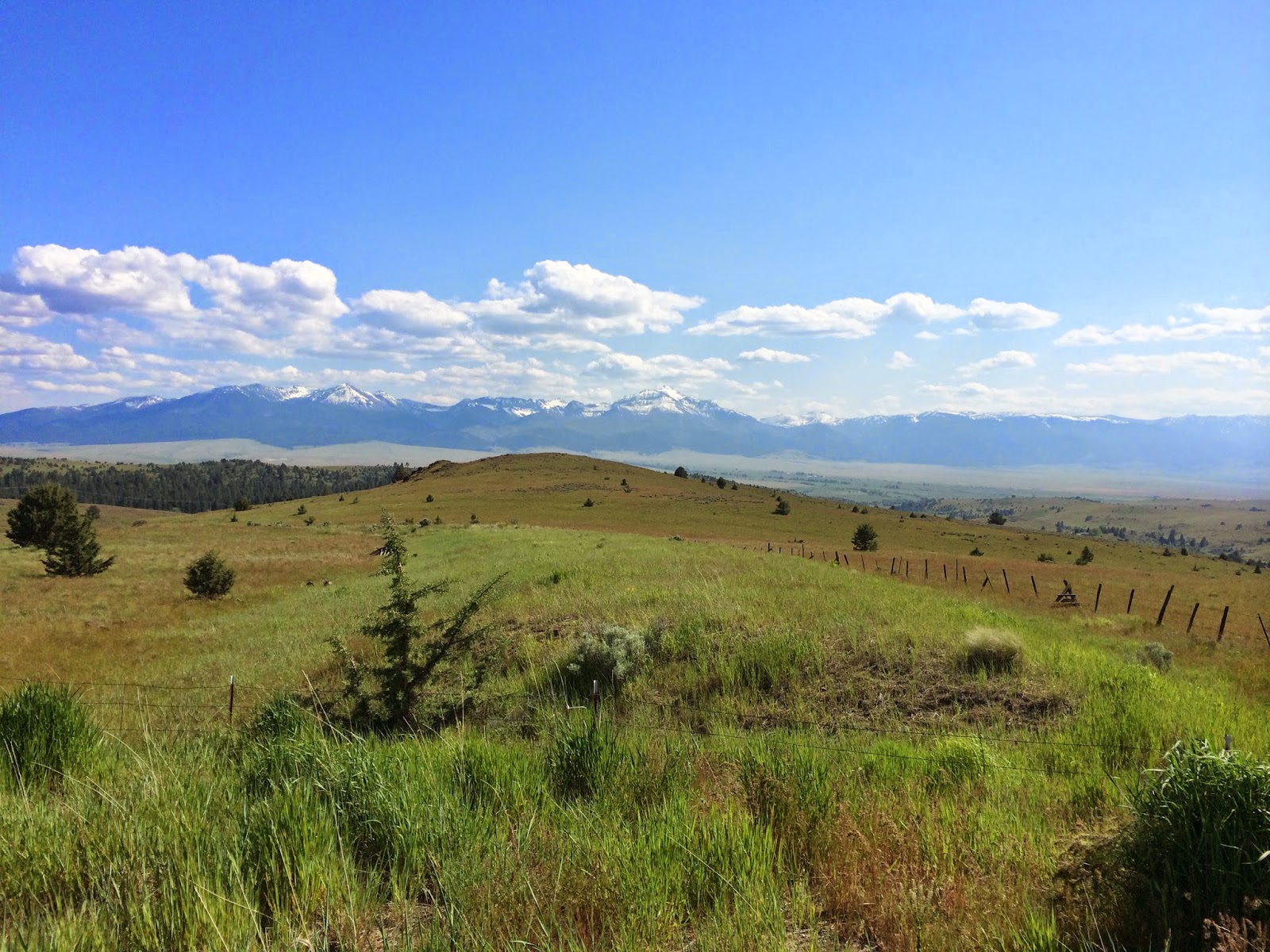