When we left Port Orford, OR on Wednesday we thought it would take 2 days to get to Tahoe City.  As the day went on we decided to make it to Tahoe City in one day.  So we rolled in around 8:30PM to Tahoe City.  I was not too keen on riding that late but it was still light out.  A portion of the last 130 miles was in the Tahoe National Forest so I was worried about deer as well.

Now to rewind..We started the day in usual fashion.  We claim we will try to get on the road by 7:30 and we actually get on the road about 8:30.  Even though we have gained three hours through time zone changes, we still leave at the same time.  I wonder what will happen as we begin to lose our hours again.

We headed out down the PCH towards the Redwoods.  It was cold.  I had on every layer of jacket and it was cold.  That darn Pacific is cold and foggy in the morning....that's really all I can say about that.

We took that to McKinleyville where we took 299 (aka Trinity Pass) and made our turn east.  It's official we are headed home!!!!  We did not take Grants pass (199) even though it was highly recommended. 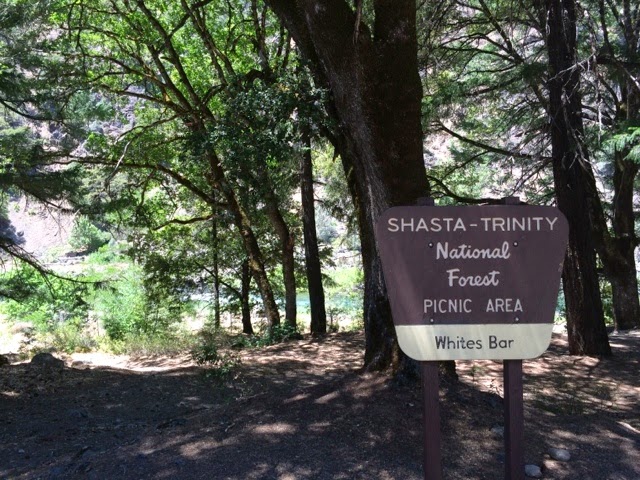 When we made that turn east it got hot and it got hot fast.  It was like a desert. So hot that we stopped at the Whiskeytown Lake so I could dunk my shirt and Steve could dunk his evaporative vest in order to be cooler. We went from winter temps to summer temps quickly. 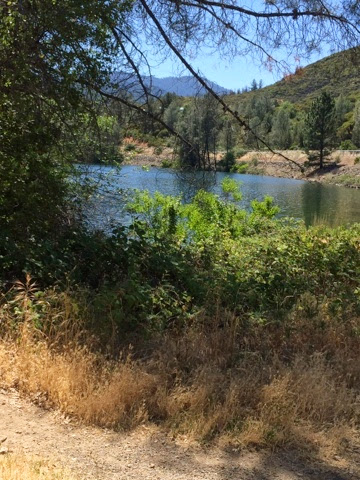 We did do around 25 miles on Interstate 5 so we could hit route 36 which took us through the Lassen Volcanic National Park. Another new one to me but nice all the same. There is such a marked difference in temp as you increase elevation by 2,000 feet.  We hit 4,000 feet and we felt much better. 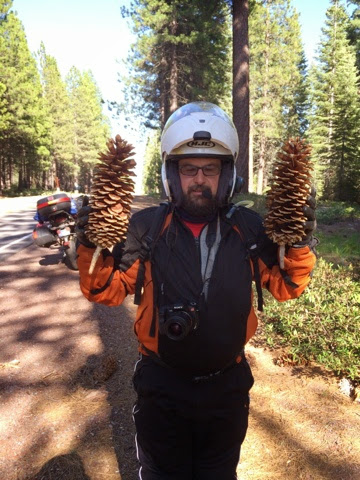 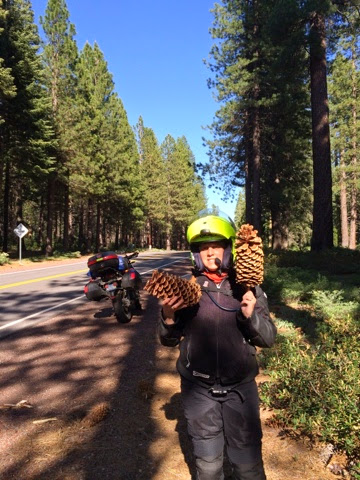 I guess this goes to reinforce our decision to cut the Vegas and Grand Canyon leg of the trip.  Those temps are brutal and we like to be comfortable.

Our last 130 mile push was tiring.  It was route 89 which is a really nice road, but I just wanted to make the destination, knowing that Mom was watching the spot map.  She said she like to know that at least I was OK 6 minutes ago.

I had looked up a little motel in Tahoe City which we went to first, but apparently the motel office closed at 8PM so we were out of luck.  This is another occurrence that confused me being a NY'er where everything is open late.  We wound up at the Pepper Tree Inn.  The nice woman who checked us in was also really helpful in getting us some food in a town where everything closes at 9PM.

Since we did two days of miles in one day we decided we would take another rest day.

So we spent today walking around and looking for fish.  We took a nice 3 hour lunch cruise on the Tahoe Gal and had a yummy dinner at Jake's on the Lake.  Jake's was actually recommended to us by a woman we sat with while waiting for Old Faithful to go off. 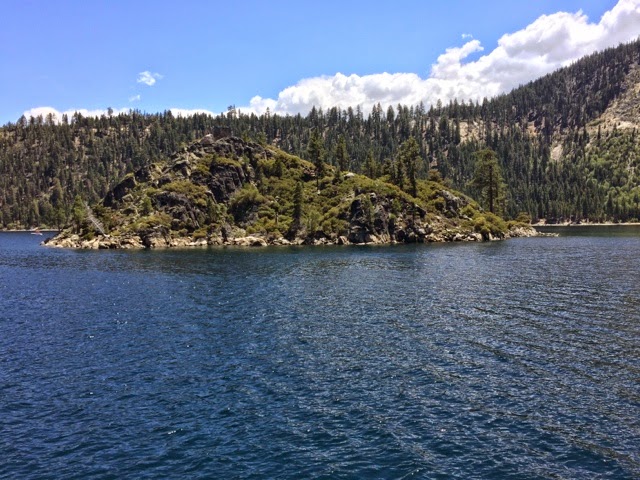 I should start a list of sites we've missed so I have it for next time.  OK, I'll do that now.  I was saying to Steve we need six months to do this so we can spend a 4 days in Yellowstone, 4 days in Yosemite, etc.  Someday.
1. Crazy Horse
2. Yosemite
3. PCH in Monterey-17 miles on the 1 anyone?
4. Grants Pass, CA
5. more redwoods and sequoias
6. Washington State
7. Las Vegas
8. Grand Canyon

If you're wondering Micki and Otto are doing fine.  Mom sends pictures.  We do miss them.

Tomorrow begins the push to Arches National Park.  This will definitely take 2 days since it is 800 miles away.  Lonliest Highway in America here we come!!
Posted by HVMP at 8:03 PM